It seems you used some less-than-stellar judgement when you sent your sick, contagious child to Kindergarten, last week. Your poor, sick, contagious child spent some quality time with my sweet, healthy boy. After spending 2, vomit-filled, days with The Littlest, most of our family members succumbed to the same sickness. 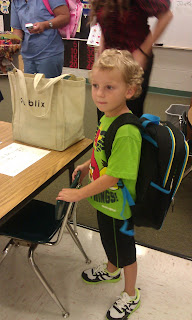 scene of the crime. Poor, sweet, innocent victim.
Random parent, you made me miss my first, scheduled long(ish) run, since my stress fracture. I had everything carefully laid out. My alarm was set. My nerves were frayed but I was feeling more and more confident about it. The "motivational speech" from The Husband didn't hurt, either. "Suck it up. You're being a baby." (he chose his words more carefully, but I got the gist)

I would be with my running group, which would help immensely. There would be moral support, plenty of cold waters and sweaty friends to commiserate with.

When the barfing began, and I knew the Long Run wasn't going to happen, I began to silently curse you. The cursing became more intense, but decidedly less lucid as the night wore on. At some point, though, upon realizing I wasn't in fact going to perish in a sweaty, vomiting mess, my thoughts towards you began to change.

I will run long. Do you hear me random, poor decision-making parent?! When I can stand, and stomach a few nibbles of food and some electrolytes, I. will. run. long. It will SUCK. I will revert back to cursing you and possibly even your ancestors. All that aside, you will not ruin any more of my already mostly-broken marathon training.

This morning, I put on the same, laid-out gear and set out for my run. My goals constantly changed, based on how icky I felt. Eventually I settled on completing 9 miles or 90 minutes of running. 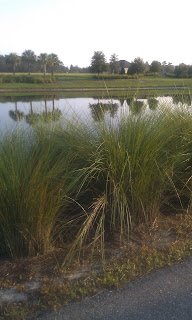 I took a happy picture of myself, in front of this lake. Turns out it looked way more frightening than I'd hoped...
Nine miles, 1.4 gallons of sweat, 2 walk breaks due to stomach cramping and 16 oz. of Gu Brewed water, later. I stopped for this runners-high-filled photo session. And I thought of you, other parent, and thanked you for giving me a renewed determination to drag myself out the door.
Sincerely,
The mom who ran way more than you did, this week
p.s. Hope you enjoyed heaving over the toilet as much as I did!!

p.p.s For running elitists : I realize 9 miles isn't "long", per se...it's all relative when recovering from injury. Says me.
﻿
﻿