I have been staring at this blank page, at 4:00 am, trying to figure out how to put this into words. There doesn't seem to be a clever or catchy way to start, so I'll stick with what I know.

In early December 2015, I ran the OUC Half Marathon in Orlando. Track Shack does a spectacular job of trying to make you forget what a truly awful race it is. The pre and post-race excitement *almost* tricks your brain into thinking "I should do this, every year!". The heat, uneven cobblestones and boring streets just can't be forgotten, though.

It was part of my training, so I gave it good, tempo effort but didn't go all out. The time (1:37ish) ended up being 2 minutes faster than I'd previously ran there (2013). 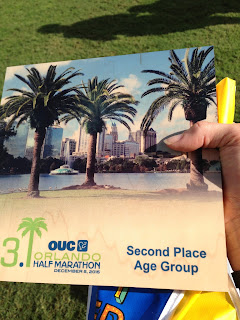 I diligently completed all of my post-race recovery steps and felt good. Tired, a little achy, but good. That evening, I stepped out of the car, after a road trip and nearly toppled over. My right calf was NOT happy. As any neurotic runner would do, I proceeded to gingerly hop on it and was terrified at how much worse that felt.

The next two weeks were agonizing and stressful. My goal race was looming. 24 hours, on a 400 meter track, with the intent of qualifying for the US National 24-Hour team, is not something one can go into half-heartedly.

I iced, heated, elevated, and had the magic hands of Debbie upon me, more than once. Above all, I didn't push it. During those weeks, I only tested out my running legs a couple of short times. The training plan was furiously re-vamped to include nothing but rest and recovery.

I can honestly say that when my husband and I boarded the Arizona-bound plane, all the calf pain terror was behind me. No medications involved, no fingers crossed. My biggest fears were getting my gear and nutrition set to keep my body going strong for 24 hours of running.

The details of the race aren't important. The highs of dining with some of the most amazing athletes I've ever encountered, were swiftly followed by the nauseating lows of limping behind all of them after stabbing pain hobbled me a few, short laps into the morning.

My husband and dear friend  were so patient and loving. I am still so thankful for the way they picked up the pieces and got us all home, with (somehow) happy memories of the weekend.

The phantom, on-again-off-again, calf annoyance was now a full-on, stabbing, keeping-me-awake-all-night  PAIN. I put myself on crutches and treated it like what I suspected it to be. A tibial stress fracture. (<-<-It's cool to use fractured sentences when discussing fractured bones) 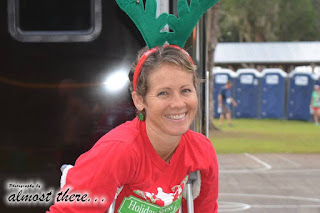 Not being able to run is devastating for any runner. Going from 80 miles per week, to zero, was really hard to wrap my head around. With it being a weight-bearing bone, this could continue for at least eight weeks. However, with no actual diagnosis, there was a chance this could all go away much quicker.

Fast-forward to the day I broke down and went to the ER. Having no Primary Care Provider, it was the only way to get the ball rolling on a diagnosis and treatment plan. I'd fought it for weeks. A stress fracture would be healed by doing exactly what I was doing. Anything else : tear, strain, etc, also just needed rest. However, it had now been just that unsettling bit of "too long" to ignore. The pain was still waking me up at night. I still wasn't able to function as I would like to as a person, much less an athlete. So, to the ER I went.

The "doctor" peeked at the clean x-ray and immediately turned off his listening ears. He sent me away with instructions to "take a warm bath and possibly try some new shoes" to ease my "shin splints". He refused to order any further tests and the referral he gave me was not one my insurance was able to use. It was a maddening waste of my valuable time.

But I kept at it.

New insurance policy, new doctors...it was a mess. Once I started down that path, though, I was either going to get to the bottom of this or stop being in pain. The pain lingered, my frustration and depression grew, so I kept pushing. 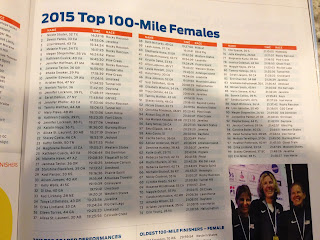 being listed in magazines helped

Again, trying to shorten this months-long story, so feel free to ask any details you feel are pertinent.

For now: there was an MRI. Waiting for the results was maddening. The results were even more so. No stress fracture was detected. "unspecified" bits showed up. This meant there was proof something was causing me pain, however, any imaging had so far failed to determine what that might be. All of this was wrapped up with "BUT, it could still be a stress fracture."

Last week, I had a CT scan. There were more hoops to jump through to get the results. This finally resulted in me driving to the doctor's office, to pick up a copy. If necessary, I could schedule a follow-up when the doctor became available. For now, though, I just wanted to try to decipher that report and get some answers.

When my eyes fell on the word "sarcoma", in the report, the world quickly became very small, very quiet and very still.

I showed it to the receptionist who put me on the schedule to meet with the doctor an hour from then.

To think of how devastated I was at the prospect of not running for 8 weeks. That my gripe was how much fitness I was losing, how many races I was missing out on, the fun times with friends out on the roads and trails.

Looking at an upcoming bone biopsy and being faced with, among a dizzying amount of unknowns, the thought of Never Running Again.