We Interrupt This Running Blog 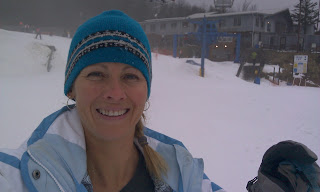 skiing!!
Some of my more intuitive readers may have wisely realized that this activity cannot take place in Florida. Indeed, wise friends, we took the boys for a long weekend to North Carolina. The two youngers have never tried any sort of snowy sports, so we figured it cheapest best to start them out on tiny, East Coast mountains.
Never ceasing to amaze, though, they took to skiing and snowboarding like ducks to water...or maybe penguins to ice blocks....whatever. They were naturals. 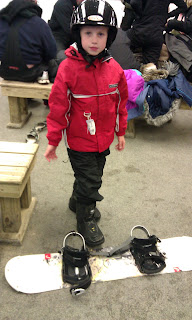 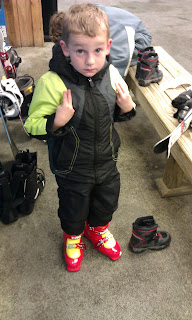 oh. They were really cute, too. 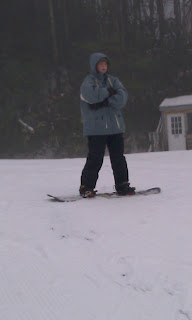 Bonus: The Oldest is big enough to wear The Husband's gear!
Middle-of-the-night road trip, followed by an entire day on the slopes should have led to utter exhaustion followed by complete meltdowns. Our children surprised us, once again, by being totally compliant, sweet and in total enjoyment of every second of the day.
﻿ 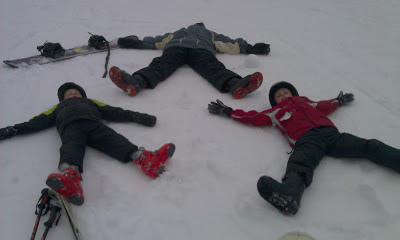 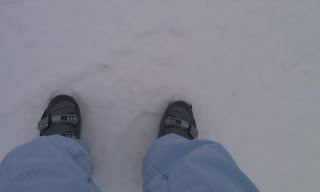 I know you were dying to know what my feet looked like when not clad in running shoes
On the off chance you stopped by my blog to get your much-needed fix of my awesome running tales, there was a bit of that on this trip, too. After our free!! hotel breakfast, I hopped out for a short, hilly jaunt. It wasn't quite as cold as it had been the previous day, and the overnight rain had washed away any snow. It was still lovely to be in new surroundings, enjoying the beautiful area and the feeling of the cool air on my cheeks. 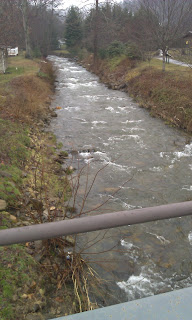 one of the pic-worthy spots on my route
I spotted an enormous hill, just off the main road, and decided to attack it. First, though, I pulled out my phone to take a picture from the bottom. I've always seen photos of hills with a caption that reads something like this : "This picture doesn't do it justice" or "You can't really tell how tall it was from this picture".
Mentally scoffing at those who'd gone before me, I positioned myself just right to photographically capture a true depiction of the mountain I was about to conquer. 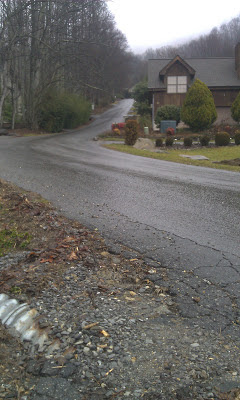 Listen, you can't really tell from this picture how high that thing really was
I made it just over halfway up before gasping and panting my way (carefully) back down. My poor, sick lungs were just not ready for that sort of challenge. That yet-to-be-recapped Marathon did a number on me!
We took our sweet, sight-seeing time back to Florida. The trip was long enough to squeeze in just about everything we wanted to do, but short enough to where we weren't aching for home by the end of it. 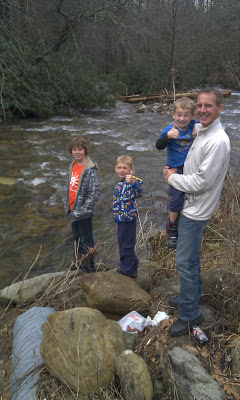